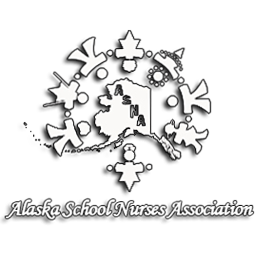 This announcement has 1 attachment:

October 3, 2017 (Anchorage, AK) — The Alaska Department of Health and Social Services is warning residents of a statewide outbreak of sexually transmitted gonococcal (GC) infection – commonly called gonorrhea. Reported cases of gonorrhea climbed from 1,115 in 2015 to 1,454 in 2016, a 31percent increase. Cases are continuing to increase in 2017.

During the first 6 months of 2017, there were 1,035 cases reported. More than half of those cases (56 percent) occurred in Anchorage, and 58 percent were in individuals aged 29 or younger.

Alaska’s outbreak is part of a national trend of increasing sexually transmitted disease rates. The Centers for Disease Control and Prevention (CDC) 2016 STD Surveillance Report indicates that there was an 18.5 percent increase in gonorrhea rates nationally from 2015 to 2016.  In 2016, Alaska ranked 4th in the nation for gonorrhea case rates.

Any sexually active person can get gonorrhea through unprotected vaginal, anal, or oral sex with an infected partner. In pregnant women with untreated gonorrhea, the infection may spread to the eyes of their babies during childbirth. Symptoms in men include a burning sensation when urinating; a white, yellow, or green discharge from the penis; and painful or swollen testicles. Symptoms in women include vaginal discharge, burning on urination, and abdominal cramping. Rectal infection in both men and women can cause discharge, itching, and pain. Gonorrhea in the throat may cause a sore throat. Some men and most women with gonorrhea do not have any symptoms.

Untreated gonorrhea can cause serious health problems in both women and men, including infertility and pregnancy complications. People with gonorrhea are also at higher risk for contracting and spreading Human Immunodeficiency Virus (HIV).

Condoms are highly effective at preventing sexually transmitted diseases. Anyone who has unprotected sex with a person who could be infected, or anyone who experiences symptoms of gonorrhea, should visit a healthcare provider for regular testing and get treated promptly if infected. Gonorrhea is curable with the right medication, but controlling spread of the infection requires treating patients as well as identifying, testing, and treating all of their recent sexual partners.